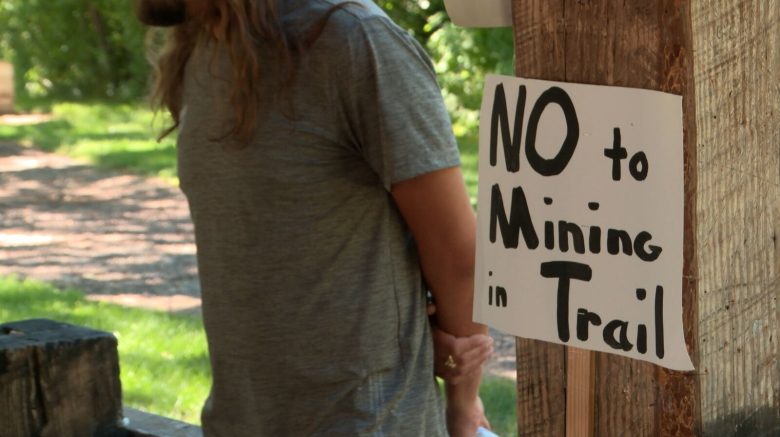 On June 29th, 2022, Rogue Advocates’ Board member Steve Rouse was featured on KTVL News regarding a gravel mine proposed just north of Shady Cove and Trail. Jackson County originally denied the application based on adverse impacts to residences located as close as 100 feet from the operation that will involve blasting, mining, crushing, and hauling up to 72 hours a week. The applicant appealed the denial and Rogue Advocates submitted comments encouraging the County to continue to deny the application.

Read the full article below:

JACKSON COUNTY — A Jackson County community is continuing to spread the word about a potential gravel mine that could be placed in their neighborhood. The 64-acre mine, which would go near where Hwys. 62 and 227 meet north of Trail, was initially denied by the Jackson County Planning Department earlier this year.

“If you live up and down trail creek or the Rogue River, your livelihood is in danger as well as the environment, as well as all of the animals that live in our community,” said resident Cynthia Oliver, who led a community meeting on Tuesday at Aunt Caroline’s Park in Shady Cove to try and inform other affected citizens.

The developer, Gary Weathers, appealed the decision in March, and was granted extra time in May to formulate his proposal. Weathers now has until Jul. 1 to submit a new proposal to the county.

“There’s a lot of concerns. The primary reason the county denied it was adverse impacts to the neighborhood. Basically, the property is surrounded by rural residential 5 zoning, A lot of homes, lots of residences there that folks have lived in for a long time,” said [Steve] Rouse, a member of Rogue Advocates, a group that monitors land use developments in the Rogue Valley and seeks to preserve rural areas.

Rouse says not enough information has been made available in the application process.

“We haven’t seen any technical reports. Any analysis from engineers or geologists, geohydrologists. There’s a lot of information that’s missing from the application and it seems pretty tough for the county to prove something that really doesn’t explain everything that’s going to happen,” Rouse said.

After the developer re-submits the proposal for the mine, people in the community who oppose it will have one week to submit a rebuttal. Rouse says he’s not entirely sure yet what they will have to go on.

“We don’t really know what it’s going to propose, so we don’t know what to respond to. We’ll be submitting some information from new things that were presented at the hearing, and then we’ll have one week, which includes the 4th of July holiday, to get our ducks in a row and respond,” he said.

After the community responds, the developer will then have another week to re-submit new information again. The expectation is a final decision will be made by the hearing officer in late August.